Everyone has at some point in their life tried to lose weight and in that process, you do get used to the ‘concept of counting calories so you know in addition to calories we eat and burn through various forms of exercise. Our body also burns calories through some daily activities such as breathing, sleeping, digesting food, and even blinking.

What is the thermic effect of food?

The thermic effect of food is related to or is a reference to an increase in metabolic rate (A rate at which the body burns calories) this process occurs after the ingestion of the food, your body has to expand its energy to digest the food and absorb specific nutrients from it & store them.

The thermic effect of food is one of the many ways our body uses its energy. There are some other terms too such as the thermic effect of exercise, or basal metabolic rate. In addition, we also burn calories through some little movements such as fidgeting which is known as ‘non-exercise activity thermogenesis’. All these variables add up and make up for our energy expenditure.

After a meal, our energy expenditure increases from normal for some period of time as our body works to break down the food and absorb and store the nutrients. According to some studies, the Thermic effect of food makes up for 10% of our total energy expenditure. This data is not accurate for each and every person, data will change depending upon the nutrients in our meal and some other characteristics.

Here are some data about how much calories consumption of macro-nutrients burn but do understand this data gives us the rough idea is not accurate because research shows slightly diffrenet results from study to study.

For example – if you consume 200 calories, your body will use around 40 to 70 calories count for its digestion. The most common estimate is that the thermic effect of food makes up to 10% of our total energy expenditure but that number will go up as soon as your protein or any other macro-nutrient Intake goes up (1).

Factors that can influence the thermic effect of food

Will eating a large breakfast increase my calorie burn?

This is a very big conception among people thinking that if they eat a large breakfast or meal their TEF will increase and they will burn more calories. However, due to a lack of study on breakfast intake and body weight are largely inconclusive so it can be proved and is considered a myth.

Negative-calorie food combined with TEF has put many people into thinking. Vegetables that are high in water and fiber such as lettuce, cellary, and cucumbers as they are high in fiber and take time to digest people think that the digestion process will burn more calories than present in the food itself. The theory about this food is eating this food would lead to a net loss of calories. Sadly, negative-calorie food does not exist. While low-calorie food does help support a healthy diet but trying to lose weight through TEF alone would be an ineffective plan.

Losing weight by eating may sound appealing but now you do know TEF has only a 10% effect on your total energy expenditure you can’t change your basal metabolic rate but you can boost your activity-related burning by incorporating exercises in your routine. The amount of calories our body uses each day is heavily influenced by a variety of factors and TEF is just a small part of it. Instead of focusing too much on TEF just go for a walk or a run, join a gym then you won’t have to keep worrying about your TEF. These small changes will lead to a healthy lifestyle. 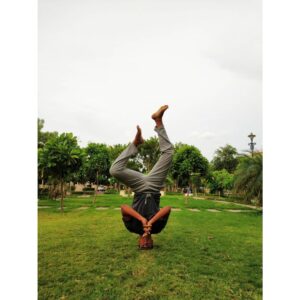